We have an early copy from Blackpool and play around with it. Few things to clarify in the trailer. The breakable phone breaks only into two. We are not sure what the third piece is in the trailer.

We know you don't want to read the full description so here is the summary:

"Tim has taken a classic plot - the apparent destruction of a borrowed item - and made the moment of truth both harrowing and hysterical. It will get roars."David Regal

"When it comes to great situational comedy magic, Tim Ellis's iDrop is about as surefire as it gets."Charlie Frye

This utility item is the PERFECT solution to a problem that plagues many parlor magicians: how to vanish a spectator's phone. There are many comedic opportunities in using a borrowed phone, and designing a place for the phone to appear (in a nest of boxes, in a gift box, in a bottle, in a sealed can) are all feasible.

But how do you VANISH the phone? THAT is the hard part.

iDrop solves this problem in a hilarious way that is SURE to elicit a memorable response onstage. The effect is simple: you place a spectator's phone in a protective, see-through mesh bag. While she holds the bag, the cell phone FALLS from an apparent hole in the bag, and smashes to pieces when it hits the ground. Of course, her actual phone is safe and hidden in a secret compartment in the bag. When you ditch this prop, you can use the opportunity to load the phone wherever and however you like.

iDrop comes with both the ingeniously gaffed bag that switches any borrowed phone for a decoy, and the break-away decoy phone itself. This phone mimics the size, weight and shape of all modern phones, including the iPhone. When it hits the ground it breaks into what looks like many pieces. Actually, it's just three pieces that are just easily reassembled during reset.

This can be used as a gag--which is hilarious for social media or to prank your friends. But its true value is onstage, where you can momentarily convince an audience that a phone has been utterly destroyed right in front of their eyes...only to make it appear in the most unexpected place, fully restored.

FAQs
Does iDrop work with any phone?
Yes. You are supplied with a gimmicked black colored phone but in the instructions, Tim gives you direction on what to do if the phone looks slightly different.

How long does the gimmicked phone last for?
A long time. And what's more, the more beat up it gets, the more fun the effect is to perform.

Is there any risk of the real phone getting damaged?
So long as you follow the instructions, no. There is a special safety mechanism in place that keeps their phone safe and sound.

What's included in the package?
You get: A specially gimmicked security deposit bag, a gimmicked phone, plus an extra "part" that is optional to use.

“From the devious mind of Australian magician Tim Ellis comes iDrop, an effect that will definitely have your spectator’s mouth drops both when they see the effect of gravity on their phone and when they magically get it back intact!"Boris Wild

"One of the funniest tricks in magic for the last century was the Watch Smash. Now, it’s the iDrop. OF COURSE! Why didn’t I think of this? Tim, I hate you and love you for this at the same time!”Jeff Hobson

“Another finely crafted comedy routine from the mind of Tim Ellis. Other than running over a spectator’s phone with a steamroller, what could be more fun?”David Kaplan

"This is a great premise for a phone to impossible location. I can see this easily fitting into anyone’s show."Mike Hammer

“Tim has created a trick that is destined to become a classic. You know with a cashless society now this will replace “signed bill” to impossible location.”Paul Romhany

"I’ve got a feeling everyone’s going to be doing this!"Dom Chambers

"I first saw this at The Melbourne Magic Festival with killer reactions. A brilliant prop and a fantastic routine."Nick Nickolaa

Customer Reviews
4.8 out of 5
4 reviews
5 stars 3
4 stars 1
3 stars 0
2 stars 0
1 star 0
Add a review
Hmm...you don't seem to have purchased this product yet to be able to leave a review.
You have already reviewed this product. If you would like to edit your existing review then please contact us directly.
Something went wrong! Please try again!
Sort: Most Recent Most Recent Highest Rating Lowest Rating With Photos Most Helpful 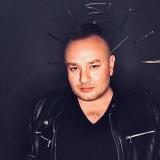 Keith O. Verified Buyer
Jan 23, 2021
Love it! The only thing I can suggest is, make sure you pick someone fun-hearted. Almost got a punch in the head once. Lol!
0
L
Liam C. Verified Buyer
Dec 17, 2020
great product. highly recommend.
0